This is no doubt our biggest and most fun contest of the year! There's always stiff (but adorable) competition! We're amazed every year at the creativity and detail put into costumes. What amazing parents each and every one of you are. The family-themed costumes are some of our favorites - we love to see Moms and Dads getting in on the fun too!

Today we’re highlighting the winners of the 3rd Annual Rhea Lana's National Halloween Costume Contest. This contest begins at the local level, with submissions to their Rhea Lana's franchise. The top 3 winners from each participating sale advance to the National Contest! We opened the voting and thousands of votes pour in for the cute, funny, and super creative costumes! We also loved seeing how many of you have purchased costumes at your local Rhea Lana's sale! 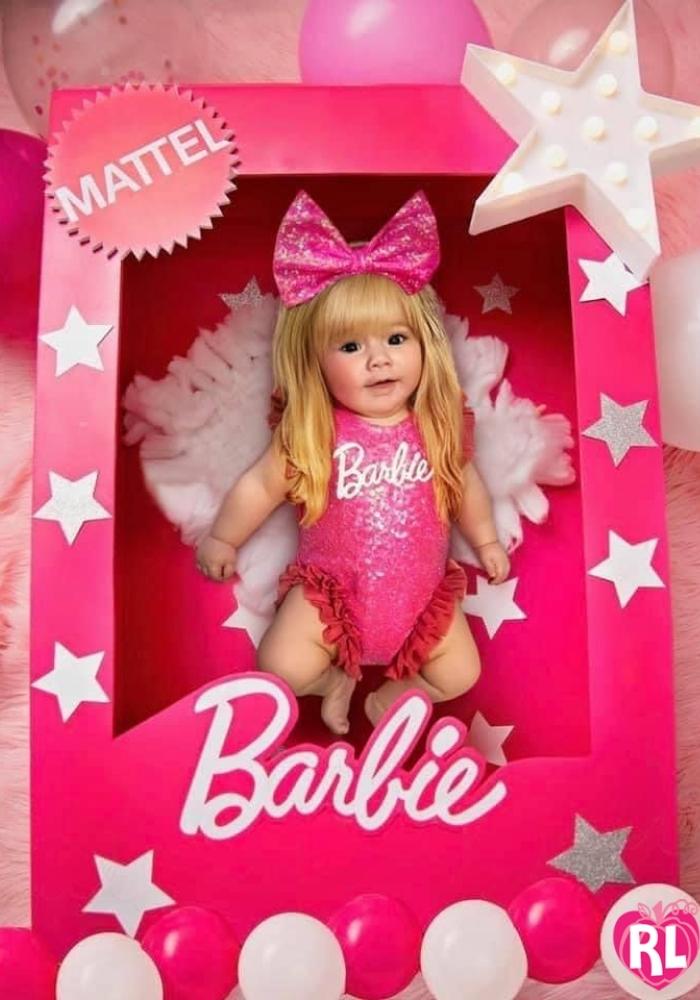 Ellie's mom, Chelsi, told us, “The last couple years has been hard on us, as I’m sure for every other family, due to Covid, but in the midst of all that, my family was overjoyed to bring Ellie Cate Cotton into the world on June 21 of this year. It was very scary having an infant with Covid on the rise. Ellie Cate ended up getting Covid at 8 weeks old, as well as everyone in our home a few months back. It was one of the scariest things our family went through. So, getting the chance to dress our 4 girls up to go out for Halloween and show off their costumes is always fun for us. I had the hardest time trying to figure out what I was going to dress a four-month-old baby in. I’m a very humorous person, so I wanted to have a costume that when people would see her dressed up as, they would not only laugh, but would think how adorable it is. So that’s when Barbie baby came to mind. I got her costume from Belle Threads. I knew the long Barbie wig would be the thing to get everyone tickled, and it did just the trick. Her costume not only won two contests, but it was also shown and talked about on the local news. I never would have thought her costume/photo would have received as many likes as it did, so seeing over 1.3 thousand likes is awesome. We had a great time being apart of this contest. A big thank you to Rhea Lana's for this fun experience and opportunity. We can’t wait to shop in Monroe, LA during the spring sale!" 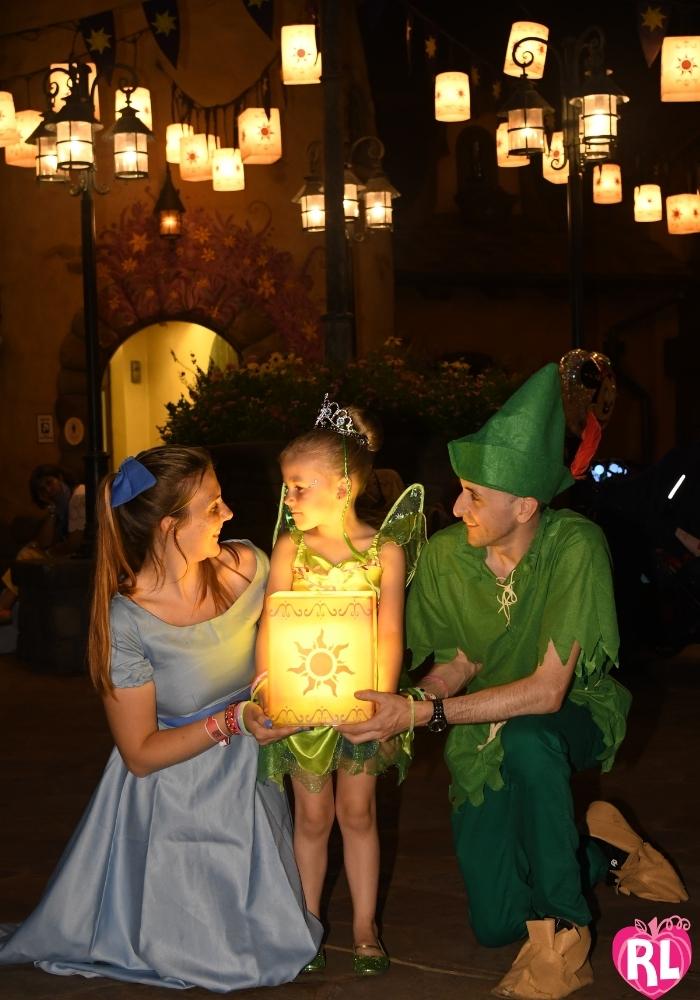 Kayla, with her daughter, Kinley (4) and her boyfriend, Alex from Rhea Lana's of North Cincinnati

Kayla tells us, "We are HUGE Disney lovers! When we went to Disney for their Halloween Boo Bash Party we just HAD to dress up. After many Princess debates we decided to go with Peter Pan, TinkerBell, and Wendy because one of the songs that is sung on repeat in our home is "Following the leader, the leader, the leader. We're following the leader. Wherever he may go"! We love talking about Disney, Singing Disney, and Dancing our butts off to Disney any chance we get. Needless to say Kinley has already decided that our prize will go towards out next Disney Trip!

We also love our local Rhea Lana's. I help to process VIP consignors and help out during the sale so when our local contest was announced I just had to enter! I was pretty shocked to see how many likes we got, but I was even more shocked to learn that we were entered into the national contest! I did not think that we had a chance to win. We were in 6th place the morning that the contest ended. But always remember "All you need is Faith, Trust, and a little bit of Pixie Dust!" To our amazement we earned over 500 votes in under 4 hours and soared into 2nd place. 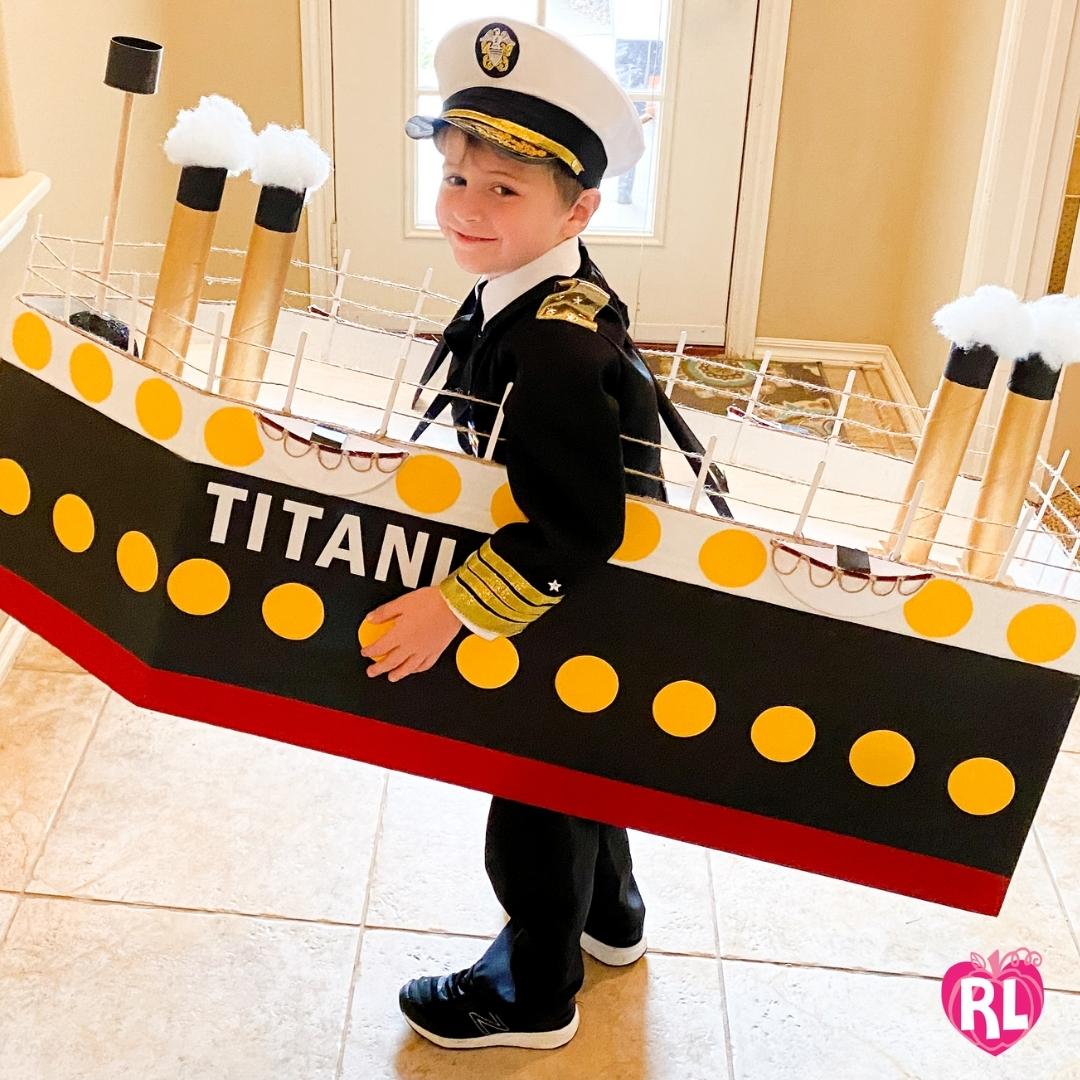 James' mom, Marlie tells us, "James LOVES all things titanic. It all started over him watching the Drain the Oceans documentary featuring the Titanic. Since then he has watched all documentaries he can find on YouTube. At nights he cuddles up and I read to him Wikipedia facts on the Titanic. When he begged to be the Titanic we recruited his aunt and she went to work. The captains outfit is to represent Edward Smith the captain of the Titanic. He said Halloween was the best night of his life being able to dress as the Titanic." 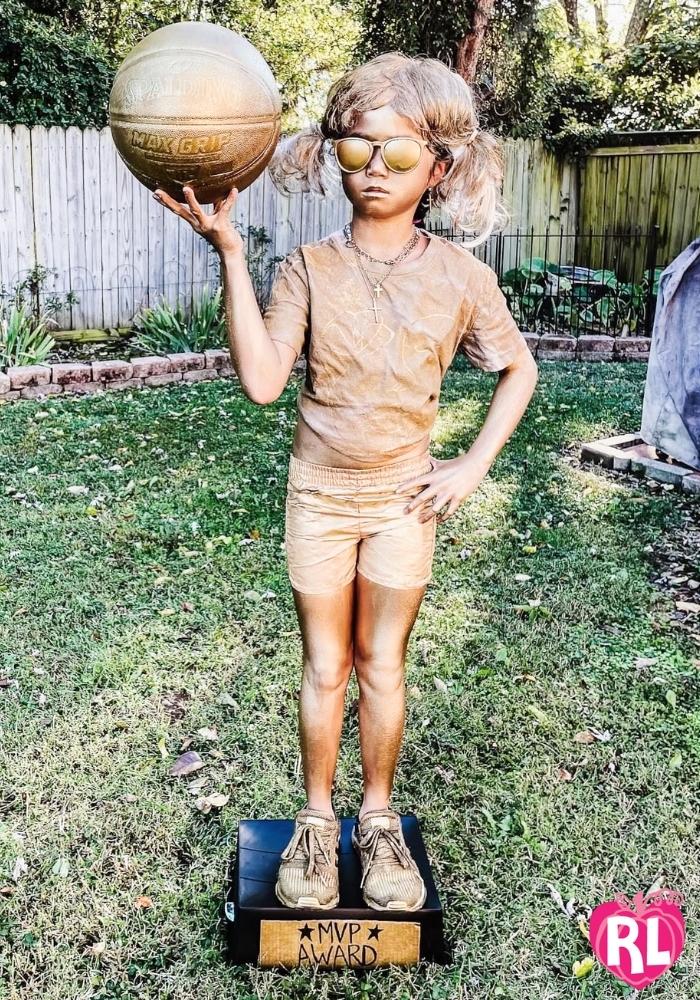 We have SO much fun seeing everyone's pictures - we'll do it again next year! So be on the lookout with your local Rhea Lana's sale. Find a sale near you here!