As a little girl I went over to my friend’s house to play. Upstairs in her playroom is where I saw the most beautiful dollhouse I had ever seen! This wasn’t like the Barbie dream house I had in my playroom. It was handmade by her Grandfather. White scalloped trim, little shutters, rooms with wallpaper, adorable furniture that furnished each room. Even as a kid, I knew it was special.

This week, we’ve been talking about heirlooms. Recipes, traditions, and even toys passed down from generation to generation. I’ve always appreciated traditions and heirlooms, but as a new mom I feel the building excitement of wanting my kids to know and experience my family’s traditions. And one incredible way to do that is by passing down quality toys.

Now, as the bargain shopper that I am, it gets hard thinking about buying a pricey but quality Christmas present to keep passing down to further generations. If you shop Rhea Lana’s then you’re probably right there with me on the bargain shopping! So we’ve made a list of a few toys that we think are worth spending the extra money on.

The first heirloom idea for girls is a dollhouse! Maybe you don’t make it yourself, but there are beautiful, quality dollhouses out there that the little girl in your life could love and cherish and other little girls could love for multiple generations after. A few adorable dollhouses that I have my eye are from the Hearth and Hand collection from Target.

A quality doll is the second heirloom idea for girls. My family bought me two American Girl dolls that I loved playing with growing up. We actually just gave one to my niece and saved the other for my daughter! And I’m so excited to see my daughter play with the same doll I played with as a little girl! A classic American Girl doll is around $115. And you can create your own personalized doll for $200.

The last heirloom idea for a girl is a tea set. You’d have to pick the right age that you could communicate being gentle and careful because you’re most likely getting a porcelain or ceramic tea set. I found some adorable sets all around $50. This idea also gets me particularly excited because what little girl doesn’t want to have afternoon tea with her mom and stuffed animals?!

Now, on to heirloom ideas for the little boys in your life! My husband gave me the idea of baseball cards. He said he cherished his baseball cards as a kid and was distraught to see that they had been lost when he moved. Another interesting thought would be to buy your son’s favorite player’s rookie card. Like a Tom Brandy or Dak Prescott rookie card. They cost next to nothing, but they’re just fun to have! Even if your husband or dad doesn’t have any it would be a great thing to start with your son! Going along the same train of thought, going to games and trying to get a football, baseball, or basketball signed would be memorable and lasting!

The second heirloom idea for boys might already be in your family. Any type of wood rocking chair, toy horse, whicker horse, even wood blocks! You can also buy these types of toys many places online. Going back to a minimalist look for toys is trendy right now but also classic.

Finally, the last heirloom idea for boys is action figures. Ask your husband, dad, or uncle if they have any from their childhood! Even Star Wars Action figures might interest your son. And who knows as popular as Star Wars is, it might be a collector’s item someday!

Hope this has gotten the ball rolling in your mind of fun heirloom ideas that you already have in your family or maybe want to start! 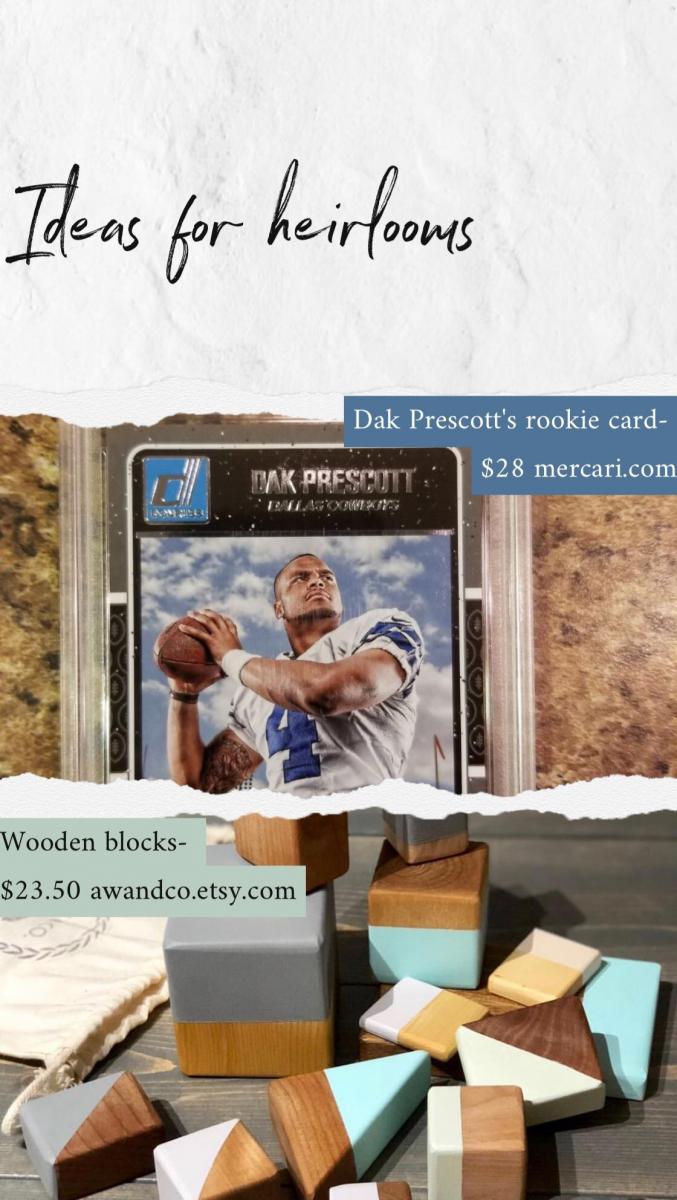 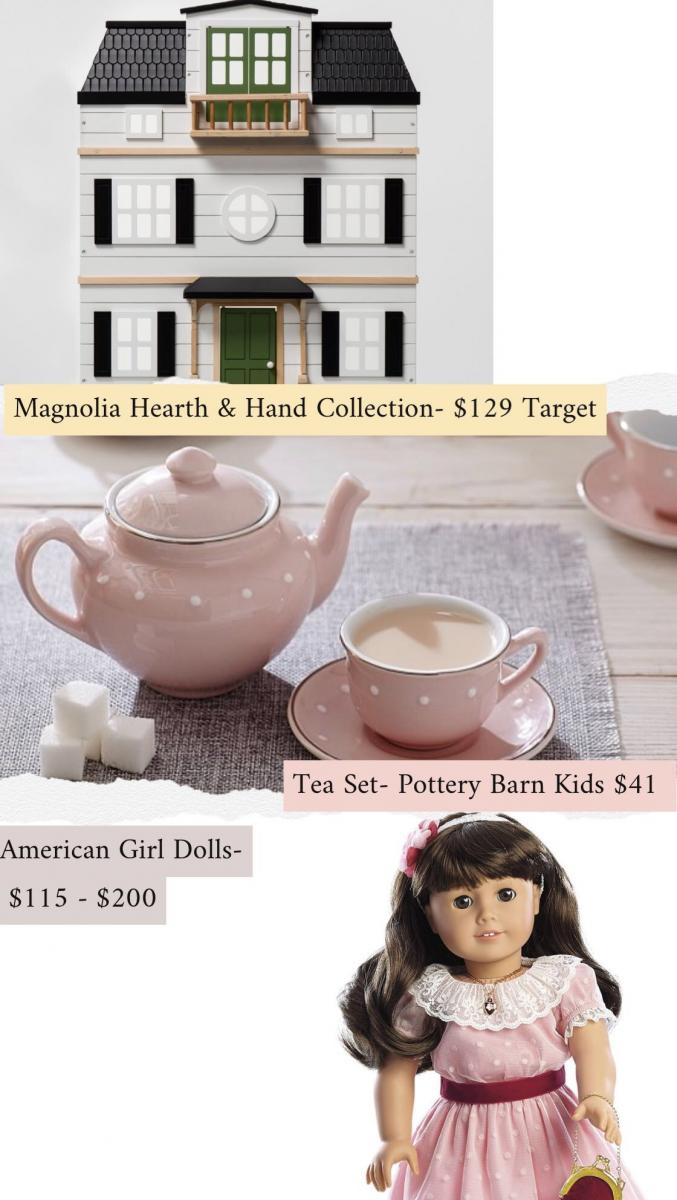