Angela thought she was living her dream: working her way up in an important career, earning serious money to support her family. But every day during her hour commute home, she felt like something was missing.

Like most busy moms, she pushed the thought aside and readied herself to care for her family when she arrived home. She wanted to enjoy her husband and their toddler son. She really tried.

But as the evening waned, she found herself counting the seconds until bedtime. Her daytime efforts from her professional position were draining her of what she wanted to really be able to give to her family. She finally decided that something had to change.

Angela, now expecting her second son, began researching franchises that would offer her income earning potential but also allow her the opportunity to put her family first. To be able to do what young moms want to do: go to play dates, snuggle their babes till late in the morning, love her family up close and in person.

Angela knew that a step away from her long sought after career and a step toward a Rhea Lana’s franchise was the right move for her.

She said it was scary but she put herself out there. Angela dove right in to connect with her community and build friendships with moms like herself.  She convinced herself that if she had the courage to walk away from her office job, then she could certainly muster up the courage to walk into a group of friendly moms to start initiating friendships…something she hadn’t had time for in the workplace.

So she opens her flagship event in Winchester, Virginia, next week. Angela put the word out in her area about a new children’s consignment event that can

-garner a tribe of women volunteers who are looking for friendship and doing their best to serve their families well, and

- directly give back to the moms in their community with foster family shopping and diaper drives.

Angela has found that her one bold act of choosing her family over her too-busy career has emboldened moms all around her to do the same in small and big ways. She says, “Now my sons, Gannon (4) and Carter (2), are used to me being there. They hate when I’m gone working the sale. That’s something I could’ve never said before.” And even though Angela is working many hours running her sale for the next two weeks, she is sure to be home to tuck her babies in bed, even if it means getting to work extra early the next morning to accomplish a few leftover tasks.

This is the heart of Rhea Lana’s: moms helping moms prioritize loving their families well and offering encouragement, value, and community along the way. 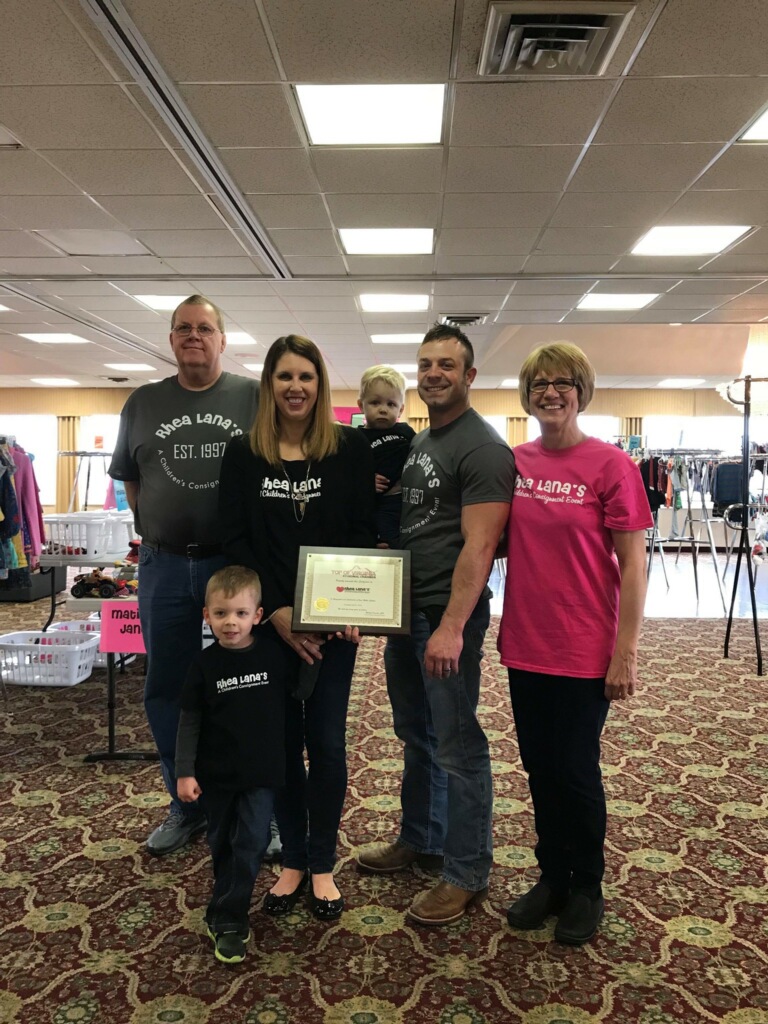